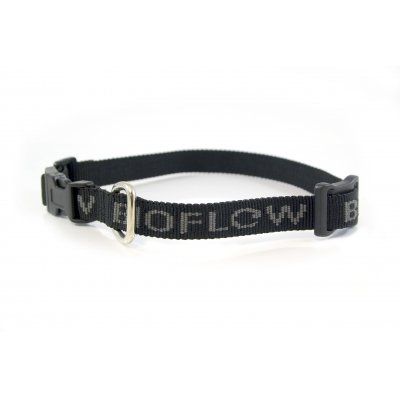 Be the first to review this product
Bioflow dog collar - the ultimate magnetic dog collar. Will provide your pet with magnetic therapy. Magnetic collars are our most popular pet products, with 10,000's sold with successful stories.
Regular Price £27.55 Special Price £25.55
Availability: In stock
SKU
1300
Add to Wish List Add to Compare
Details

Back by popular demand

Bioflow dog collars are known to be the strongest magnets for pets available to date, they have a 99% success rate and are used worldwide by 1000's of users. These collars come with a 90 day performance based money back guarantee subject to a 15% admin fee*

'My dog Lucky, age 9 was limping around after walks or a short run in the park. We invested in a Bioflow therapy collar and within a few days her limp stopped and has never to be seen again, Lucky has also been using Mobilise DS as a supplement'. Sue, Amazing Health See My Story here

Bioflow dog collars are being used by thousands of pets around the world for magnetic therapy. The dog collar has been very successful for helping many dogs with over 250,000 sold. They have proved to be very successful as reported by users & ourselves in helping dogs, cats and other small animals. We would recommend you try one to apply magnetic therapy to your pet, a natural alternative, with no known side effects.

It is difficult to imagine how a Bioflow dog collar could be so effective in in cats, dogs, horses and other animals like cows, sheep, deer, rabbits etc.

Many thousands of cats & dogs and other pets seem happier by simply wearing a magnetic collar.

A CRP magnet module is attached firmly to a webbing collar and these collars are unique in their effectiveness.

Recommended by leading Veterinary Surgeons. Please consult a vet if your pet is on any medication and do not replace it with alternatives without seeking professional advice.

Why not get a Bioflow collar, a dogs best friend.

They come with a 90 day performance refund policy, so why not let your pet try one and see the results for yourself?

Note: If using on a large dog then we would recommend having a different collar for when out walking in addition to the Bioflow as the collar is not designed for walks.

Please Note: BIOFLOW is NOT suitable for walking a dog, to be used in addition to another collar for therapy purposes only. The size large if used on a medium breed may have alot of extra collar which can be tucked in with a elastic band. Do not cut the collar or it will void the warranty, unless you are sure to keep it and if so then you will need to secure it after cutting to avoid fraying. If the clasp becomes faulty within 1 year of use it can now be sent for repair instead of replacement or you can purchase a replacement below.

'Susie began to suffer from arthritis 3 months ago, she would plod about and found it difficult to climb the stairs. After using the Bioflow magnetic collar for a few days, there was a noticeable improvement. Susie can now run up the stairs.' S.R.

'My King Charles Cavalier has heart murmurs and the vet keeps asking me if  he suffers when exercised but since he has been wearing his collar one would never believe he has heart disease.' E.D.

'Dino had been in a car accident and suffered a dislocated leg and toe, being quite old at 9 years and with heart disease, we were afraid for him to have surgery to correct his leg. Within a week he was making a fast recovery and the vet said to continue whatever we are doing as its working! He was wearing a Bioflow dog collar. S.D.

'My GSD with arthritis has been wearing a Bioflow for a while now and she still runs around even at the old age of  12. Her Bioflow gives her an extra boost in energy

'Harry is a rescued dog about 10 years old. He has been off his drug METACAM since having a Bioflow, saving his owner money on his medication and no longer needing to use prescribed drugs'. T.O

Its an absolute miracle!

''We bought a bull dog puppy, Sid at nine weeks, he was a lively, affectionate, beautiful pup. We soon noticed he was walking funny. I put it down to him being pigeon toed. However we were concerned so on 25th April 2000 we took Sid to our vet. After a thorough examination, the vet said he thought it was a spinal problem. Because he was so young we didn't x-ray him as he was less than 6 months. Within ten days Sid's back legs were useless, he couldn't walk. We took him back to the vet who reluctantly x-rayed him. The vet said nothing could be done and he suggested to put him to sleep. We got a second opinion from another vet who told us exactly the same. We kept him going on as best we could, we had some wheels made for him to go on in the garden. He was then fitted with a Bioflow collar. He had his collar on for 3 months and nothing happened. His legs were very sore. Then a little miracle happened. I was in the kitchen one morning when Sid got off his bed and walked into the room. He was previously dragging himself around as his back legs just didn't function. It is now October and our Sid not only walks but runs like a little greyhound. Front legs like a Bulldog and back like a kangaroo. The Bioflow dog collar never leaves his neck except when he has a bath.  For only £30 and the good fortune to hear about the magnetic collar, Sid now has a full, active and very happy life''. M.D

Reviews
Write Your Own Review